Here’s what happened in October 2015:

We need, on average, $5,000 more in donations per month than we have received during the last few months. Each month we need around $13,000. Our current funds on hand should cover expenses for the rest of October. According to our projections we will enter November with few available funds.

Donors may indicate preferences for where their gifts are used (such as staff support, Gateway to English, or Seed of Truth) and AIM will honor preferences where possible. AIM reserves the right to assign all contributions where needed.

Our prayer and praise requests are updated at www.aimpoland.org/pray/.

Anabaptist International Ministries has existed since 2001 for the purpose of sharing the good news of Jesus Christ and strengthening churches in Central Europe.
Learn More 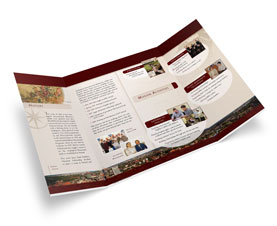 For more information about Anabaptist International Ministries, download and read our full-color brochure.